Zach is joined by his friend Justin Lowe (creator of Darth Hater) and they recap E3, Star Citizen and sales.

Games evolve but some things about MMOs never change.

Now that copies of Star Wars: The Card Game have hit store shelves, it’s time for you to get ready to play your first game and, after that, start putting together your own custom decks to vie for galactic supremacy! Of course there are a lot of bits and bobs with this one, as with any Fantasy Flight game, but not nearly as many as X-Wing.

One of the first things you’ll notice when you open the box is that it suggests you check out the How-To-Play videos they have for your viewing pleasure either at their own site (found here) or over on good ol’ YouTube. Either way, these high quality videos will help you understand the flow of play from round to round. Leo has stated that certain aspects are not as immediately familiar to veteran CCG players as some others, but once you get those parts down, it gets very deep. Without further ado, take a look at these videos, go get a box, pop open the cards, tokens, and manual, grab a friend, and get playing!

At last Saturday’s first World Championship for X-Wing the four finalists were given one of the best prizes ever, they became the first four people in the entire world to own their very own Millennium Falcon! I was a participant at the tournament (but sadly not a finalist) and I was able to convince one of the winners to let me snap a few shots of the upgrade and pilot cards that will be coming with the Falcon, which is due to be released in February.

Chewie and the Falcon’s generic pilot

Like modifications, each ship may only have one title and as you can see, the title is restricted by ship type. Adding the title makes the ship unique, thus you could play with two YT-1300s, but only one Falcon. The Luke card here is one of the new copilot cards that can be equipped to the Falcon to give it some new abilities. And look at those assault missiles! Those will be quite deadly to many of the Imperial squads I saw operating at the tournament, which drew their power from clustering up around ships like Vader and Howlrunner. Of course, it also has the potential for friendly fire as well.

Here are the other copilots. As you can see, they’re faction restricted. By the way, Chewbacca seems freaking nuts as a copilot.

Veteran Instincts is the last new card to come with the Falcon. Also included as an upgrade is one Concussion Missile card, but you’ve all seen those already.

Lastly, here’s a look at the maneuvers the Falcon can execute. You may have also noticed that with the Millennium Falcon title, the YT-1300 will also be able to execute the Boost action. What is the Boost action, you ask? Simply put, as your action you may take an extra move of distance 1. It can only be a straight or banking maneuver, however. No right turns. Also, you may not perform a Boost if it would cause you to overlap another ship or an obstacle. The idea of using Squad Leader to allow my Interceptors to first Barrel Roll and then also Boost in the same turn is getting me very excited for wave 2 of the ships.

I’d like to thank Ryan Krippendorf, one of the four finalists, for letting me dig around in his brand new Falcon and take these pictures. The Falcon, and all the ships in Wave 2 are due to be released this February. 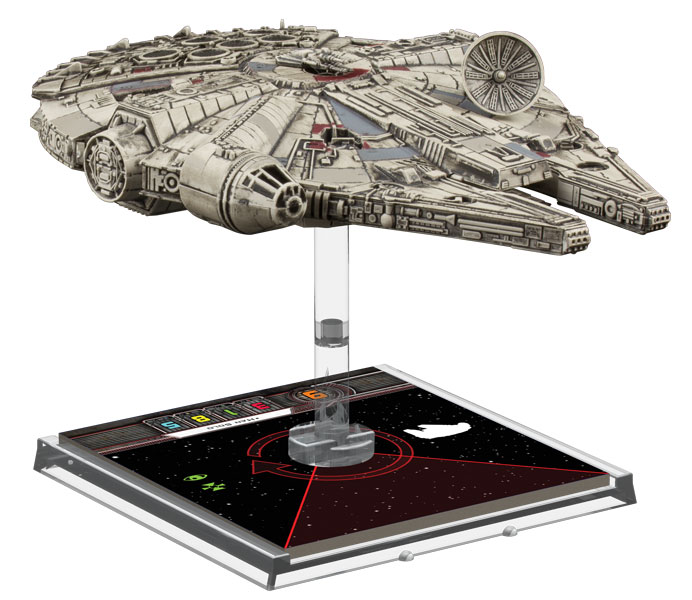 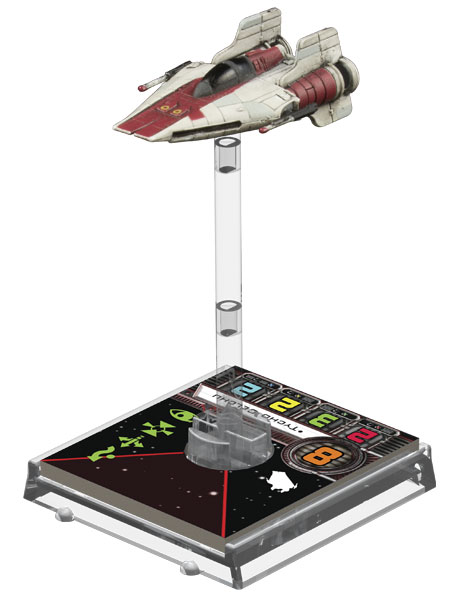 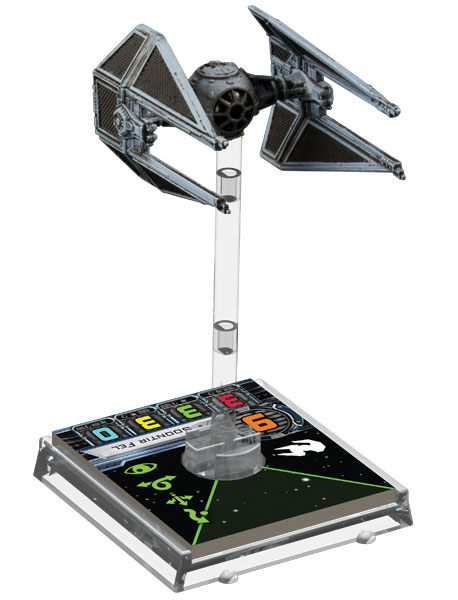 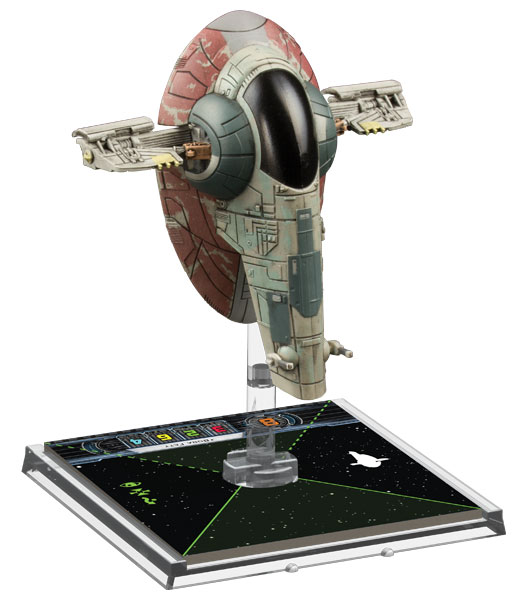